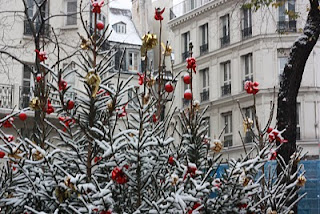 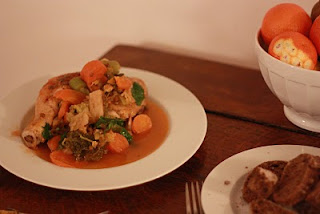 Love Love Love the butchers in Paris, they pick up the piece you ask them for, tell you where it comes from trim it, even portion it for you.... as a matter of course.... not because they know you.

Respect for the life of the animal; respect for the consumer. It's the reason we shivered in line at the shop for 20 minutes in the snow. An elegant lady remarked after listening to our excited chatter over ruddy flesh that this is a "very good butcher!"


To tell the truth I have not eaten meat for months, nearly a year, except for kangaroo meat; the most ethical meat I could find, and bloody lovely, rare with beetroot and cherry relish. My concern is where does the meat comes from, how was it cared for and how has it been slaughtered?

Meat predominantly sold on mass is produced via farming ideals connected to chemicals, caging, antibiotics, genetic modification to name but few taste bud discouragers, along with processed slaughter that dehumanises the link between animal, earth and people. Not to take to long on this soap box, to get to the point, the chicken we had, so sweet near the bone, tasted like the chicken I remember, but had not had for years. Nothing like the chicken available at home, the pink pulp structureless flesh, without grain or substance, even the free range variety had no comparative flavour. This idea of chicken flavour is what most of the population thinks is chicken. How many people have had the opportunity to taste real chicken?

My large chicken leg so humbly sealed in my little pan.
Legs were large, meaning the bird had some age and time to develop a flavour profile. Meat had structure, you had to chew it and it still gave to the bite. Darker in colour than the generic variety; I am thinking it walked around a bit and had fresh green feed. Skin was dry not sticky .
This aided the browning in the pan, I added the only herbs at hand, thyme and bay. Making a satisfying feast, paired with the left over braised vegetables and lentils from the day before.
Mother said I need to go to another restaurant to provide more variety for this blog. I argued that it was the fact that I used everything I had, as limited as it was, to prepare substantial meals. It is that limitation of ingredients that I like, a catalyst for invention.
How else would I think of: chicken livers with honey and thyme, deglazed with a squeeze of lemon, plump and pâté pink atop carrot, fennel and shallot?? Really
Email Post 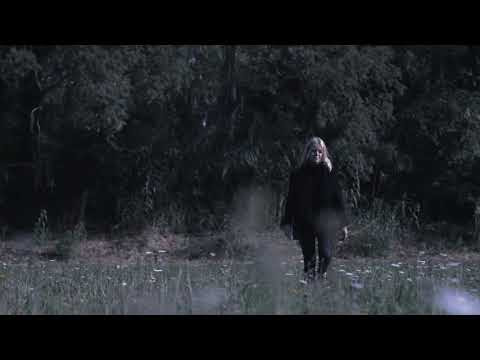 Wildflowers in a meadow in France 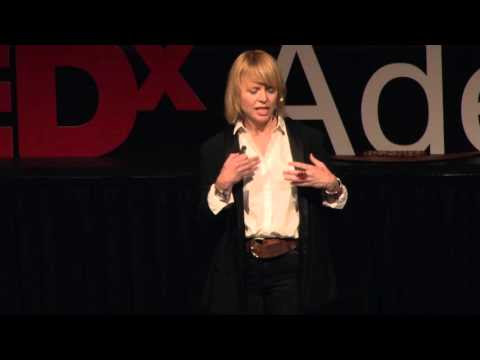